Plenty of hope bursting out now, well with me anyway, and the lead photo smiling sun epitomises that from me too.
For you wonderful readers and supporters of “my good self” and thus Help for Heroes who like to follow me, the photos attached to this latest Blog reflect much of what I do (did pre Curse Covid) and am “hoping” to start doing again, in so many ways. More on this blog so please enjoy. Yay, HOPE !!!!!
As it’s a busy Blog I will crack on quickly, lol well as quickly as I do so.
As mentioned last Blog, (and of course you remembered, well I know Henry the First, some ladies and maybe Charlotte’s youngsters etc might), Ted & Beth will feature with two of their poems later.
Meanwhile I am emerging from my “little hibernation, (lol oh you didn’t notice?) and now writing up all my poem ideas and poems started for my Book 9, aimed for late this year which will move further on from the expansion and changes in my last book. If you don’t have that you are really missing out and should get it pronto, isn’t that right Sizzle Suzie of U W? Thanks gel….
I should mention here that my excellent Publisher and Website Guru superb  James Harvey for me, and you? Has some great ideas we are working on, so watch this space, YES Nosey I KNOW you are, thanks, but again HOPE, for The Psychy Poet is stirring again and OH Alright I WILL say it “I’m often imitated but never duplicated” with my “Poetry World” and Help for Heroes charity support, PHEW a poem quick, Laurie…

Nothing in life is ever perfect

For every flower bed has a weed,

And the most ornate of ponds

So accept the ways of this world

And its complexity of how made.

For even if you’re benign and kind,

Someone will rain on your parade.

Although perhaps it’s not the fault

Of the world and how created,

As bad times will often infiltrate it

With any remedies only belated,

In resolving the upset or trauma

Our life may let out of the can.

But most blame for imperfections

Should be laid at the feet of man.

For his jealousy, greed and vanity

Of being greatest and having more,

Than anyone else’s riches and land

Will so often lead to war.

Though maybe it is quite simple

And just an obsession to be the best,

Which The Bard describes succinctly

As never being at their hearts rest,

If beholding greater than themselves

Although every person has their skill,

Which our unsatisfied man can’t see

So it continues to make him ill.

Meanwhile the riches and splendour

Of the wonderful world must pay,

For the destruction and atrocities

When man wants to have his way.

So best to admire your flower bed

And pond complete with its reed.

Because these slight blemishes

Won’t cause our world to bleed


Possibly a little, or bigger, philosophical message there, but let me know please. Anyway, during this recent relative dormant period I have been farming my poems out on my social media etc which has brought me many amazing compliments, (thanks), new friends, book sales and a lot more promotion for both myself and Help for Heroes too,,, Yay HOPE and Nice One !!!


Okay as mentioned it’s Ted & Beth time, and this is my first poem and introduction of them, (they now have over 25 poems on them and are pushing for their OWN book), and YES, I heard Bears, was published in The Daily Mail, so here you are =


Ted is a travelling bear

And he has a passport too,

He loves to travel all around

So will come with me or you.


Beth, she is Ted’s girlfriend

And they are never far apart,

Since Ted found her abandoned


When going about by aircraft

They go in hold bags snug,

For if carried to the cabin

They may be searched for drugs.


Ted says he has heard stories

Of teddies made to hide,

So custom staff were searching

To see what they had inside.


Beth gets quite upset by this

And starts to fret and shake,

For the fear of being cut apart

Is more than she can take.


So the bears much prefer a car

For their travel if they can,

And on a ferry or the open road

The world outside they scan.


Sitting on the luggage bags

In the backseat without cares,

They reflect on their happy life


Fame for them and a bit for me from almost at my very start 7 years ago, Oh, is that all? I seem to have fitted a lot and 8 + books in, but yes, more to come!


Moving on then, and a poem for hope now, lol clever a?


Don’t Turn the Lights Out


When life gets difficult and frustrating

And more protective of their situations

So being fearful they prepare to guard,

Their family home and possessions

Which of course is totally right.

But this must be done with caution

And not turn out every light.


Because if a country or an area

Feels threatened and likely to lose,

Any jobs, peace or way of life

It may be encouraged to choose,

One side and take on arguments

Which were not the case before,

Wanted to engage in forms of war.


Thus everyone begins to get paranoid

And fear their rights may be curtailed,

Saying a peaceful stance has failed.

But in the background of this unrest

Are some folks with hearts still stout,

Who are worried and try to warn

Against madness turning lights out.


For we have been taught by history

About whipped-up hate and racist acts,

That can turn people against each other

Without really knowing all the facts.

But can lead to unspeakably cruel deeds

Which are frightening without a doubt.

Because we have seen the worst of man

If turning lights of fellowship out.


So we must try hard to remember

The dark times we can get into,

When hatred, lies and extremism

Leading to racist actions and events

Thus we should recollect before

We turn out all the world’s lights.


After that it just HAS to be JOKE TIME (Oh yes it does) Ready John C for your kids?


1) I told my doctor I couldn’t stop singing Tom Jones songs, but he said “don’t worry, it’s not unusual”


2) My mate’s girlfriend dumped him and then his satellite dish fell down all in one day. He said he felt like Bob Marley, … “No woman, no sky”!


3) A good friend is totally bald, but keeps his old comb, but he just can’t part with it…


I should say I let Ted n Beth choose this poem of them as they are both missing their mum a bit, especially Ted who was a real “Mummy’s Ted”…..

Having been in a National paper

That only the best poetry airs,

And it featured them travelling

With their passports and a bag,

Across the world and locally too

Very happy to fly the flag.

They also say, pointing out to me

They’ve been in all my three books,

And that Ted is very brainy

Whilst Beth has dark good looks.

They’re in a poem in book one

But in the second, star in three,

But in only two poems in third book

Though they say that’s down to me!

Thus they think a fan club is right

For bears of their public standing,

Who at anytime now they believe

Will on top of the charts be standing,

Because of their vast popularity

When folks see them laugh and smile,

In many pictures and photos

Together, or alone for a while.

But Ted n Beth are a double act

Seeing themselves as a team,

And to have a Ted n Beth fan club

Of sharing all of their adventures

And tricks they play on their dad,

They know is The Psychy Poet really,

But the best author they’ve ever had!

TWO main events for me this week, and as this weekend is Armed Forces Day there is another market 11am – 4pm on next Sunday 20th June outside Royal Oak and Castle pub opposite Pevensey Castle entrance, where I will be collecting for HELP for HEROES and selling my books etc, QUITE possibly in my 1815 Waterloo period uniform as in enclosed photo,,,,, Please come and say hello and maybe make a contribution or buy a book?


Nearly time to close, but THANKS AGAIN for following and as per a “Romance Poem” to finish, Aaaaah okay guys, C’mon we ALL like a bit of Luuuuuuuuurvve…❤️

As a solid structure quakes,

When love crashes into lives

With the vibrations that it makes.

For a complete stranger may suddenly

Cause childish behaviours to show.

When for no apparent reason

They arouse feelings you don’t know.

As something about them haunts

Some deep and inner thought,

That you only have at those times

When desire and lust are caught

Seeping into your own world,

And giving such a lonely view,

So are shattered dramatically

When emotions awake you.

Every attraction you can’t resist

As your defences all start peeling.

So you feel completely naked

To those beautiful probing eyes,

As you recoil in shocked confusion

And can speak no words, just sighs.

For if you can believe in this

You never know when you will fall

To take you on a journey,

Though you may not move too far

As your dreamy loving muse

Just wants you as you are!

So that is the nice end of this Blog with that abstract romance poem I wrote about 3/4 years ago….

As ever The Journey Continues and with (more?) HOPE,

My list of books and contacts follows, but Cheers, Love & Thanks from me and Those Bears🐻🐻

All eight of my books :–

Reviews of Life in Verse

Poet Reveals All (in your world).

These all ensure my donation to the excellent charity I support, promote and donate to, that being Help for Heroes.

I can now also write a “Personal Poem” for you, your family, any event or your business too…….

I also have a Facebook page “The Psychy Poet Laurie Wilkinson”, and a website:- www.psychypoet.com please sign/join up absolutely free. 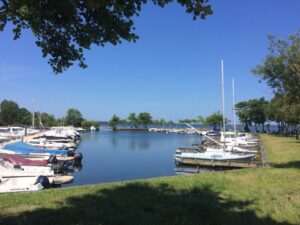 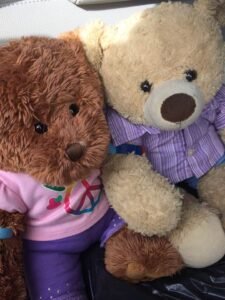 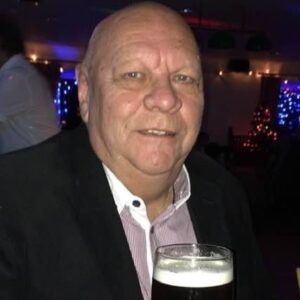 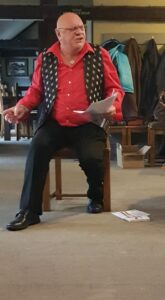 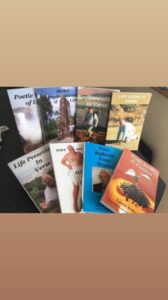 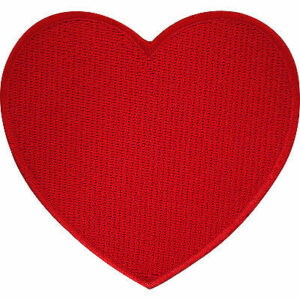 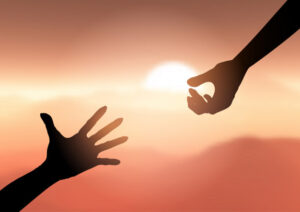 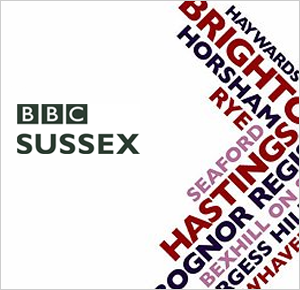 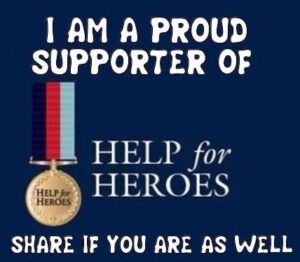 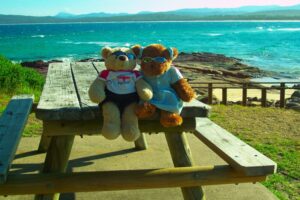 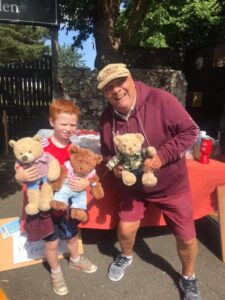 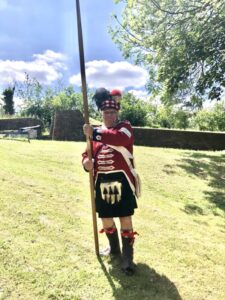 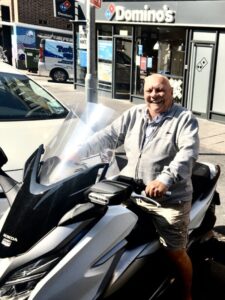 Prices and Currencies by Country module not enabled!