Apologies for slightly longer gap from last Blog, but lol I seemed to lose a week? "T’was the heat" I cry, but who cares really…?….. Oh ok!!!

BUT it has been VERY hot here in S W France, near 40 degrees or even over once or twice, and although I’m a "heat lover" even I was wilting a bit despite my "outback Oz" experiences!

WELL I don’t know if it was that, but I wasn’t at my usual prolific writing self here this 3 weeks, but DID write 5 new poems, and a couple of articles + some great future ideas, etc…?

1) Me out on the magnificent lake here in my dinghy, 2) The lake port, 3) Ted n Beth being silly that made a smashing lady laugh (later lol) & 4) Lead photo for my recent (July) article for The Sussex Newspaper.

There, the proverbial cat(s) out of the bag (note the cat mention too Lynn!) ?

GORDANA of "Office Easy" with mass apologies to this great lady & visitor to my gigs, well partly, but I DID get her name wrong last time, SHAME on me, Err your round next ok???. Kerry  of the lovely chickens??who is hiding at excellent Mantel Farm ???, (but don’t mention the ??s), soon to get a visit.  Alex and her "Writing from the Hartland" supporting mental health AND Help for Heroes, (Hi Alex) and ALL of you kind enough to "tune in to me" on here, (BIG thanks & give me a prompt if I miss you please) and thus help promote Help 4 HEROES too, and talking of "tuning in", you can’t do better than doing so to Mellow Magic on Magic F M Radio Mon – Friday 20.00 – midnight with (the smashing lady who T & B made laugh) the witty, amusing and player of great sounds, Lynn Parsons, (ALRIGHT Wilkie OFF ya knees now!)..

Poem quickly, and one written for my French site, & from book four, =

At our local swimming pool

You can see many a curious sight.

With lots of lovely young girls,

Whilst other scenes are a fright.

“Budgie Smugglers” for the thin.

Though sadly worn by some “largies”

Having more hanging out, than in!

For it seems a life contradiction

That the larger many folk grow,

Instead of tucking it safely away

They must put it all out on show.

Now I’m not against big sizes

I have a growing waist myself,

But I fervently try to hide it

Not put it on the front shelf.

But back to those swimming trunks

Of varying size of modesty cover,

With the battle of those bulges

Where some really need another

Or much larger piece of cloth,

To keep their harvest all intact.

For hiding mountains behind a stamp

Won’t work, and that’s a fact!

Recently I have noticed that some of my poems, NOT all, have got a bit "deeper" and made me "reflect back" on some that I had written a while ago, which never fails to stun me at times for I often think "OOooo did "I" write that? Also recently I’ve had some requests for my poems, ideas and suchlike, so I "unearthed" this following poem from my 5th and last book published a year ago, but probably written a fair while before published…

I have a dark invader in me

Who tries to get into my soul,

I fight him off to keep him out

So what actually is this menace?

For he rarely comes to meet me

But into an abyss tries to lure.

For even the very brightest heart

Will have some darker days,

And it’s at these very moments

The invader stalks and preys.

Because that is our weak link

When even fleeting doubts are cast,

As when down, problems are larger

So must be resisted until passed.

But I have an inner strength

Gained by having seen the worst

That life will throw at us,

And feeling my heart would burst.

But I now know that if I wait,

Without succumbing to the pain

Of that dour and depressive spell

My resistance I will regain.

Thus deep down inside my being

A battle is often fought,

Between my courage and dark invader

Though you may have no thought,

That all this is going on

And that I maybe losing for a while,

Because I will always look the same

And take refuge behind my smile.

Cast your mind back to my start and there was a "Greek" style photo that was lead picture for my recent July article for The Sussex Newspaper Online that I write for (and Bonjour Limousin), and I was quite pleased with it, having both history and culture (really lol) and entitled "Messenger", I think it well worth a read, as is my latest (and ALL of them ho ho) for August called "Flying", and you may recognise two popular and furry characters in that lead photo, (lol T & B)..?? who get everywhere now, and especially since this poem:-

Having been in a National paper

That only the best poetry airs,

And it featured them travelling

With their passports and a bag,

Across the world and locally too

Very happy to fly the flag.

They also say, pointing out to me

They’ve been in all my three books,

And that Ted is very brainy

Whilst Beth has dark good looks.

They’re in a poem in book one

But in the second, star in three,

But in only two poems in third book

Though they say that’s down to me!

Thus they think a fan club is right

For bears of their public standing,

Who at anytime now they believe

Will on top of the charts be standing,

Because of their vast popularity

When folks see them laugh and smile,

In many pictures and photos

Together, or alone for a while.

But Ted n Beth are a double act

Seeing themselves as a team,

And to have a Ted n Beth fan club

Of sharing all of their adventures

And tricks they play on their dad,

They know is The Psychy Poet really,

But the best author they’ve ever had!

Of course that was from my book four and they have gone on to even more fame, but their fortune I still wait for!

August is often quiet and although I have been away, (until Sunday 12th) I still have a few new initiatives and collaborations in the pipeline, so as they  (who ARE they?) say "watch this space"!……….

I can confirm I will be having a stall for my books and Help for Heroes on the end of August Bank Holiday Saturday and Sunday, so let’s hope that all goes well.

NOW, the "Biggie" for this blog, although has been alluded to before, is that my new Book SIX is agreed between myself and My Voice Publishing, probably for end of the year.

I wanted a good gap between this and my last book, so it will be about  15/16 months, so about right and now the (intrepid) search for a "new and different type" of title has begun between some friends and I already.

I have to say some of the suggestions are very interesting and perhaps even bizarre, rude and startling?, but fear not it will be ok on the night (publication).

The excellent Lucy of "Lucy Carnaghan Photography" is again doing my book cover very generously, but for its form I have NO ideas yet!

Close and last poem now, and a romance section one, (ok S P ❤), coming from my very first book and written about 1999, and being very "short and sweet" too….

I have observed you much of late

You may have felt my looking stare,

Perhaps you knew the reason why

Or merely how you seemed to care.

Whilst others queued to build my load

You saw I walked a lonely road,

Rejection can taste an acid pill

That even survivors blood will spill.

So when light invades consuming dark

Flames can rise from a smallest spark!

I think that is all now in this somewhat quickly done Blog that I sincerely hope you all enjoy.

As ever , many thanks for being there as The Journey Continues BLISTERINGLY!!!

From Ted n Beth and little Ol’ me,

Bye until next time, 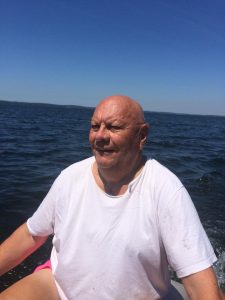 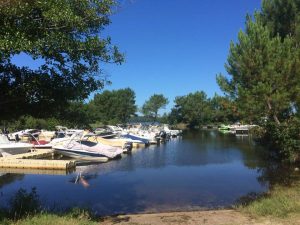 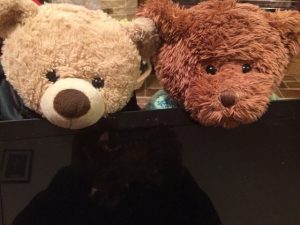 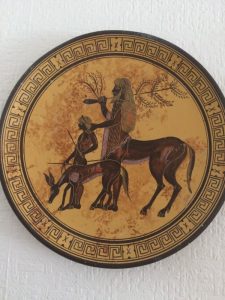 Prices and Currencies by Country module not enabled!

Shopping Cart
There are no products in the cart!
Continue Shopping
0
0
Your Cart
Your cart is emptyReturn to Shop
Continue Shopping
%d bloggers like this:
This site uses cookies: By continuing to use our site, you are agreeing to our Cookie Policy.